skip to main | skip to sidebar

About 4 pm, Sunday afternoon, the power went out and we didn't get the power back until 20 minutes ago. Most of Ohio had lost power due to wind storm from the affect from Hurricane Ike. 84 of the state's 88 counties have reported damage from the storm, which had reports of wind gusts of 75 miles per hour.

Ohio Governor, Ted Strickland declared a state of emergency to help Ohio government better respond to the wind storm that slammed the state on Sunday, killing up to six people and knocking out power to nearly 2 million homes and businesses.

Randy Shaffer, father of missing Ohio State University student Brian Randall Shaffer , died when a tree limb struck him outside his Baltimore home in Fairfield County. Randy Shaffer was a familiar face to many in central Ohio who followed his well-publicized search to find his son. Brian Shaffer has been missing since April 1, 2006. Shaffer's wife, Renee, died of cancer the month before their son disappeared.

On the lighter side, in Bexley, Ohio (which is about 10 miles southeast of Upper Arlington) Superintendent Michael Johnson discovered the fastest way to spread the word about his district's closing: tell kids to text all their friends.

Johnson, whose own home was victim to a downed tree, drove through Bexley neighborhoods Sunday evening and stopped to talk to kids along the way. He told them he was the superintendent, and asked them to text their friends with word that school was closed yesterday.
Posted by Unknown at 8:46 PM 2 comments:

I understand that most small-businesses owners are republicans because they understand that in order to be able to provide jobs and benefits to each and every employee, they don't want democrats to create unfavorable governmental regulations threaten small businesses ability to run their business. As an Ohioian, I am looking into the 2008 election, all of us need to understand the impact by small businesses owners and their employees will vote as pro-business mindset when they cast their ballots. They will want to work with elected officials who have similar ideals that strengthen business and do not irresponsibly hinder job production and growth.

I come from a family that run small businesses and I do understand the impact of what laws can do to small businesses. Often when laws hinders small businesses to do what they are intending to do, they will lay off employees or close up.
Posted by Unknown at 12:39 PM No comments:

Last Thursday, the Senate approved major legislation that would expand protection against workplace discrimination for people with disabilities and overturn several Supreme Court rulings that have affected many. In the past decade, the courts decisions have created "catch 22" where people with serious conditions could be forced to choose between treating their conditions and forfeiting their protections under the ADA, or not treating their conditions and being protected by the law. They were unfair to the people with disabilities. The bill is to ensure protections for people with disabilities who are trying to keep their jobs. The Supreme Court has ruled that a disabled person using medication to control his condition or a device to mitigate his impairment (such as a hearing aid), is not considered disabled. I wear hearing-aids and I am legally deaf but when the courts say that when I am wearing hearing-aids, I am no longer considered "disabled". Therefore, congressional bill HB 3195, "The Restoration Act of 2007," was introduced in the House and passed this year, clarifying the ADA to restore it to its original intent. The pros and cons of ADA implementation should be of interest to all persons with a disability and we are to understand the new law after the President signs the bill.

This bill also defines that a condition can be classified as a disability even if it is in remission or occurs episodically which often refer to people like me who have Multiple Sclerosis. I am healthy and most of the time, I am fine except when I have a relapse.
Posted by Unknown at 12:16 PM No comments:

Deaf dog owner has to wait for day in court

The 71-year-old woman is contesting a ticket she received
Posted by Unknown at 8:53 PM No comments:

About Jim from Central Ohio 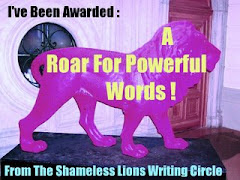 My First Blog Award from Whimsy

From: Mother of Shrek (Casdok)

My Second Award by 2 people (see link below)